AIKIDO is a Japanese Martial Art developed by Morihei Ueshiba.

Aikido can be translated as "The Way of Harmony with Nature" and is a very effective way of defending yourself whilst also protecting your attacker(s) from injury. The self-defence techniques that you will learn range from the gentlest to the most severe – they can be devastating, ending an attack decisively in seconds, or dissipating the attack with the essence of a soft breeze.

AIKIDO techniques are frequently referred to as WAZA.

Aikido training is based primarily on two partners practicing pre-arranged forms (kata) rather than freestyle practice. The basic pattern is for the assailant (uke) to initiate an attack against the person who applies the technique—the tori or nage (when applying a throwing technique), who neutralises this attack with an aikido technique.

Holder of master scrolls in numerous different arts such as Shinkage ryu kenjutsu, Kodokan Judo (very different from the sport Judo we know today) & Daito Ryu Aiki-Jujutsu (often thought af as the parent art of Aikido. He loved to listen to the miraculous legends of the wonder-working saints "En no Gyoja" and "Kobo Daishi," and was fascinated by the esoteric Buddhist riturals.

to our Aikido club 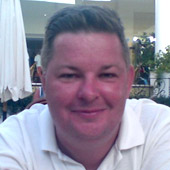 My martial arts adventure started from the age of 7 when I asked my parents if I could start Karate.